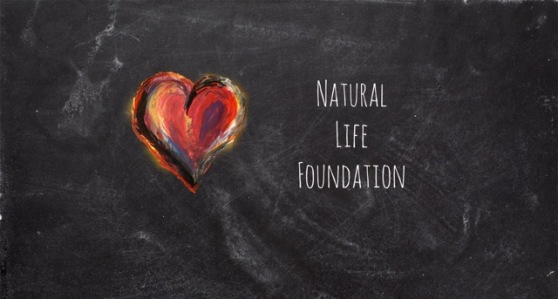 Wondering why we haven’t been posting much lately on Foodie Bitch?

Head on over to Natural Life Foundation and see what we’ve been up to!

In all honesty, I was getting a bit frustrated with limiting our conversation to just food.  Although I absolutely ADORE food, and am fascinated with the amazing healing qualities (as well as the disease-causing qualities) food can have, I know that there is so much more involved in living a healthy life than just what we eat.  I felt I needed to include these other areas in our conversations.

Think about it: Haven’t we all seen some people who eat all the right kinds of foods, yet still seem sickly and depressed?

And, contrarily, haven’t we all seen people who live on fast food and convenient snacks, but still look healthy and happy?

I wanted to start sharing some of my research and experience that may shed light onto why this happens.

So, over at Natural Life Foundation, we’ll still be talking about food – it’s still a huge passion of mine and is such an integral part of our lives, culture, economy, and history.  Now, however, we’ll also be sharing insights on exercise, happiness, relationships, philosophy, organic gardening and farming, herbs, essential oils, alternative healing, animals and nature, and a number of other areas.  Our hope is that, with this broader range, we can all move closer to a more balanced, healthy, and passionate life… naturally.

Come and join the conversation at Natural Life Foundation! 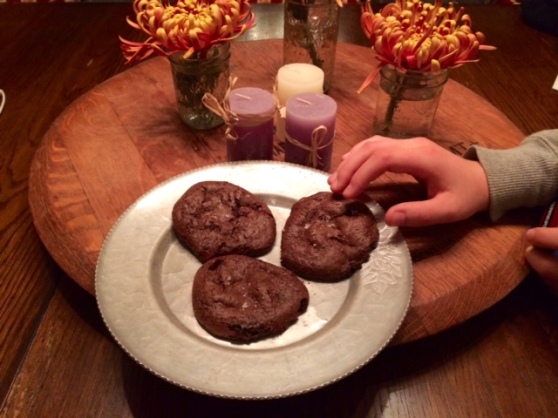 By Nancy Smorch, Foodie Bitch
It was one of those cold fall evenings last night – the kind that was damp with occasional rain, and as the evening went on, the wind from Lake Michigan was on the rise.  The girls and I couldn’t get warm, no matter the thickness of our sweatshirts or how many blankets we cuddled in.
It was time for a fire.  I hadn’t made one in quite some time, but I didn’t want to use the fireplace, so I used the pizza oven.  We have quite a stash of wood in the garage, so I grabbed some wood and kindling and got a good fire going in no time.
Now that I was a little warmer, I could think a little more clearly about dinner and dessert.  I wanted to make something different for dessert.  I realized the other day that I used to make basic chocolate chip cookies quite often, but once I went gluten free, I started making them less and less frequently.  The other night I realized it had been weeks since I had made cookies.  It was time.
I wanted to try something a little different, though, and I was pretty sure my family would appreciate a change as well.  I was in the mood for something chocolatey.  So I grabbed my file that has a bunch of recipes I’ve printed off over the last few months or torn out of a magazine – recipes that are different from what I would normally see and ones I definitely want to try.
I came across this recipe from Butterlust Blog:  Olive Oil & Sea Salt Brownie Cookies.  It looked perfect – how could a cookie containing chocolate, olive oil and sea salt be anything but good?  So Frankie and I got right to work making them.
These cookies call for olive oil , which you don’t see too often in sweet treats.  I’ve been wanting to try some sort of dessert with olive oil for quite some time and when I saw this recipe, it looked relatively easy and the combination of ingredients looked like they would work together nicely.
The only change I made in the recipe was that I used Cup4Cup Gluten Free Flour in place of regular flour.  Other than that minor change, I stuck close to what Butterlust suggests.
Well, I have to say, this recipe jumped right into my top 5 favorite cookies! The girls were equally thrilled with the way they turned out.  It was funny because when we all took our first bites, we just looked at each other like we couldn’t believe they were that good.
I know olive oil in a cookie sounds a little strange.   But you have to give these a try!!!

Normally on Mondays I post a recipe for you to try out and hopefully inspire you. But today I thought I would share a different kind of inspiration – a scene from the movie, “The Lunchbox.”

In Mumbai, each workday, hot lunches lovingly prepared at home by workers’ families are delivered to the workplace by a “troop” of dabbawallahs. The system, proficiently run by the Mumbai Tiffin Box Supplier’s Association, delivers over 200,000 hot lunches each day.

The lunches are prepared at home and then stored in stainless steel 3 or 4 tiered boxes – usually cylindrical. These lunch boxes are then picked up later in the morning, color coded, and transported to a station, where they are collected and delivered to the corresponding workplace – still hot. The empty containers are then returned back to the home they came from, before the end of the working day.

This amazingly efficient system is 99.99% accurate – meaning they RARELY deliver a lunch to the wrong person. The movie, “The Lunchbox” is a story about the .01% scenario where the lunch was actually delivered to the wrong person, and the relationship that develops between the two people connected through this mistake.

I haven’t yet watched the movie – Lindsey just showed me the trailer this morning. But the reviews have been great so far. And what I love about it is that it showcases food as something that connects people. In a world where so much takes place online, through texts, e-mails, tweets, Facebook, and yes, blogs, food can be a much more personal way of connecting people and transferring intentions, energy, and love – something we could all use a little more of.

Apparently, the movie was just released on DVD, and iTunes is doing a special where you can rent the movie for 99 cents. This one is definitely on the watch list for this week!

And, just for fun, if you’ve ever watched “Top Gear” (and even if you haven’t), check out this segment from one of their episodes where they try to race the Indian lunch delivery system in Bombay. Needless to say, they are no match for the tightly run delivery system. Actually, they are nowhere near the efficiency, integrity, and success of the system. See for yourself:

And, if you do watch “The Lunchbox,” let me know what you think. 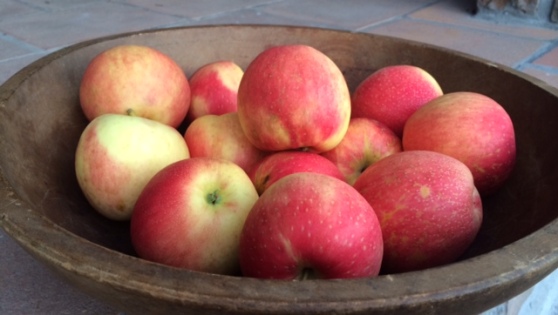 SweeTango apples – have you had the pleasure and the experience of tasting one of these amazing apples?  Biting into one of these has been described as “an almost religious experience (and a very loud one),” by Rowan Jacobsen in his book, Apples of Uncommon Character.  He’s actually not far from the truth here.

I had heard rumors of the apple last year, but never came across one until I was in, of all places, a Fresh Market grocery store in The Villages, Florida.  It was pretty good… but the one I bit into from a vendor at the Holland Farmer’s Market this past Saturday, was truly amazing.

I like a sweeter, crisp apple and this, for me, was a perfect combination – not too sweet, not too tart, and just the right amount of crispness and juiciness.

I went to the Holland Farmers Market on Saturday with my brother and sister-in-law, who were visiting from Flint.  They wanted to pick up some Honeycrisp apples (which are also tasty!), and I suggested they pick up some SweeTango, promising they would like them even better than the Honeycrisp.  I explained to them they were hard to come across (there are only a few licensed growers), and even though they were a bit pricey, it would be well worth it.  The SweeTango didn’t disappoint – as was evidenced by a text I got from my sister-in-law yesterday, asking if I could pick up some more from the market to bring with me on my visit to Flint this weekend.

So, today I picked up a good supply for both of us.  This prompted me to do a little research into where they came from and why they were relatively scarce.  I knew that only certain orchards were allowed to grow them and you had to be approved as a commercial orchard by the “Next Big Thing Co-op” – the trees aren’t available for the average person to buy and grow.

Turns out, the SweeTango is a cross between the Honeycrisp and the Zester apples.  The tree which produces them is called the Minneiska tree and it was developed by researchers at the University of Minnesota, apparently by asexual reproduction by means of budding and grafting.  The University of Minnesota has a patent on this variety and The Next Big Thing Co-op, which was formed in 2006, sub-licenses the SweeTango apple variety to a select group of members (orchards).

According to the official SweeTango website (yes, they have their own website), I count 37 orchards who are members of the Next Big Thing and thus are licensed to grow, market, and distribute the apples.  Fourteen of the orchards are in New York, 3 in Minnesota, 16 in Michigan (yay Michigan!), 1 in Wisconsin, and 3 in Washington state.  This group of growers were selected to carefully cultivate the SweeTango in the hopes of maintaining the quality and integrity of the variety.  Their concern is that, without such strict licensing and growing standards, the variety would follow in the foot steps of the Honeycrisp, where there are a lot of low quality Honeycrisps flooding the market.  With the Next Big Thing having control over who can grow the SweeTango, where it is grown, and how it is marketed and shipped, they are hoping to prevent such a “dilution.”  Members of the Next Big Thing pay a membership fee and also royalties on producing trees.

Aside from the taste, some of the other benefits of the SweeTango are that it has a long storage life (3-4 months) and ripens early in the Fall – even before the Honeycrisp.

I love this time of year -the cooler weather, the crispness in the air, the abundance of squash, potatoes, apples, and cider, and now, the SweeTango apple!  When you are out and about at the farmers markets or roadside stands, have some fun and try some of the lesser known varieties of apples and, if you are lucky enough to come across the SweeTango – definitely snatch them up and savor the sweetness of the season!